Fibroids are non-cancerous, benign growths of the muscle layer of the uterus (womb), and are the most common form of pelvic tumours in women.  Fibroids are also known as “leiomyoma” (singular) and “leiomyomata” (pleural) in medical terminology.  It is estimated that 12-25% of women in the reproductive age group will have fibroids.  Many of these women may not be aware that they have fibroids. 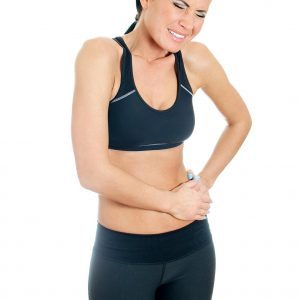 Uterine fibroids may cause heavy periods, as well as cause pressure symptoms on the bladder and the bowel.  Women with fibroids pressing onto the bladder will feel a constant need to empty their bladder, resulting in frequent urination.  Fibroids press onto the rectum may result in constipation or a sensation of incomplete bowel emptying.

Occasionally, fibroids can be associated with reduced fertility, and can sometimes cause problems during pregnancy.

The type of symptom and the severity of the symptom depends mainly on the location of the fibroids.  Fibroids may generally be classified into 3 locations.  Fibroids may be located:

It is not uncommon for women to have multiple fibroids in various locations.  A pelvic ultrasound scan is useful for initial assessment of uterine fibroids.  Some women may require a hysteroscopy for further information about the size and location of submucosal fibroids, and sometimes a pelvic MRI may be helpful to define the location and size of fibroids.

Fibroids can range in size from the size of a pea, up to a very large size.  The world’s largest fibroid was removed in India in 2010, weighing 6.5kg, almost equal in weight to 2 full-term babies!

Whether fibroids require treatment depends on whether it is causing any symptoms, the severity of the symptoms, and how these symptoms may be interfering with the woman’s lifestyle.

Treatment depends on the number, size and location of the fibroids.  Surgical removal of fibroids is referred to as “myomectomy” in medical terminology.

Fibroids that are located within the cavity of the uterus may be removed using hysteroscopic surgery.  This is all done through the vagina, without any incisions in the abdomen.

Some women may benefit from surgical removal of the fibroids via keyhole surgery (laparoscopy).  Very large fibroids may require a larger incision into the abdomen in order to safely remove the fibroids.  Alternative non-surgical options are also available.

Dr Ken Law specialises in the treatment of fibroids in Brisbane.  For further information and to discuss your specific symptoms and conditions with Brisbane Fibroid Specialist Dr Ken Law, contact Dr Ken Law to arrange a consultation at Greenslopes Obstetrics and Gynaecology.

To learn more about fibroids, click on the video below:

request
When is your Due Date?